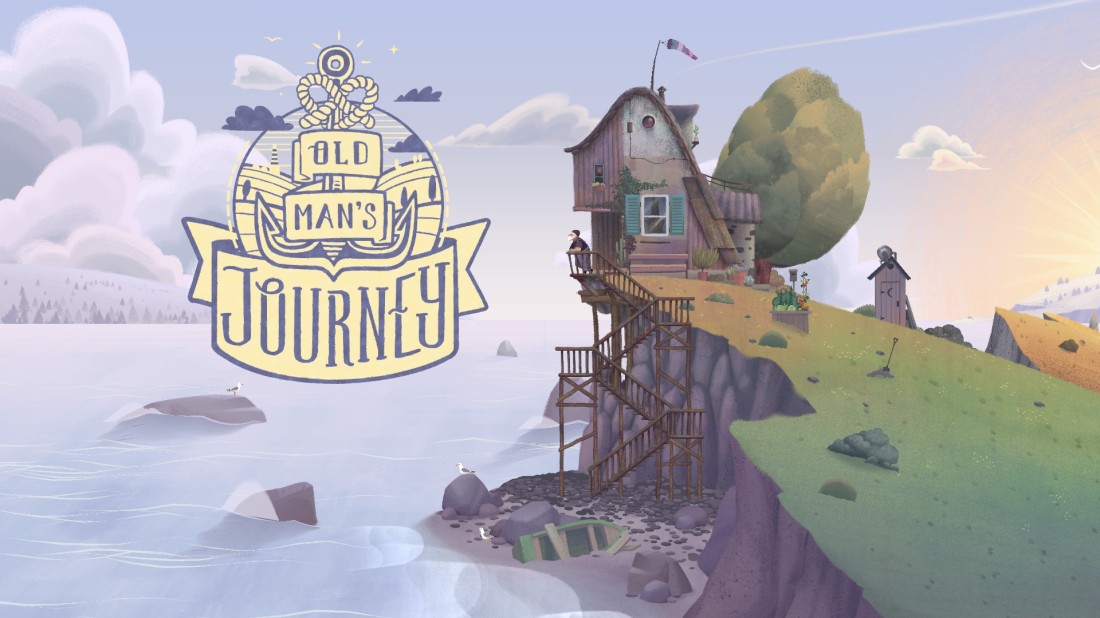 Story:  The game starts off simply enough.  As the title might suggest, the protagonist of this game is an old man.  He receives a letter that prompts him to, well, go on a journey.  The start to this story is hardly Shakespearean, but it kicks off the game with a clear goal:  to complete the old man’s travels and find out more about the letter.

As the player progresses through the game, the old man experiences flashbacks and recollections, giving glimpses into his earlier days.  The story never manages to pack the emotional punch that other indies have in the past (Such as What Remains of Edith Finch), but the story builds up to a satisfying and touching conclusion, and the old man’s character is well-developed enough for the player to get emotionally invested. 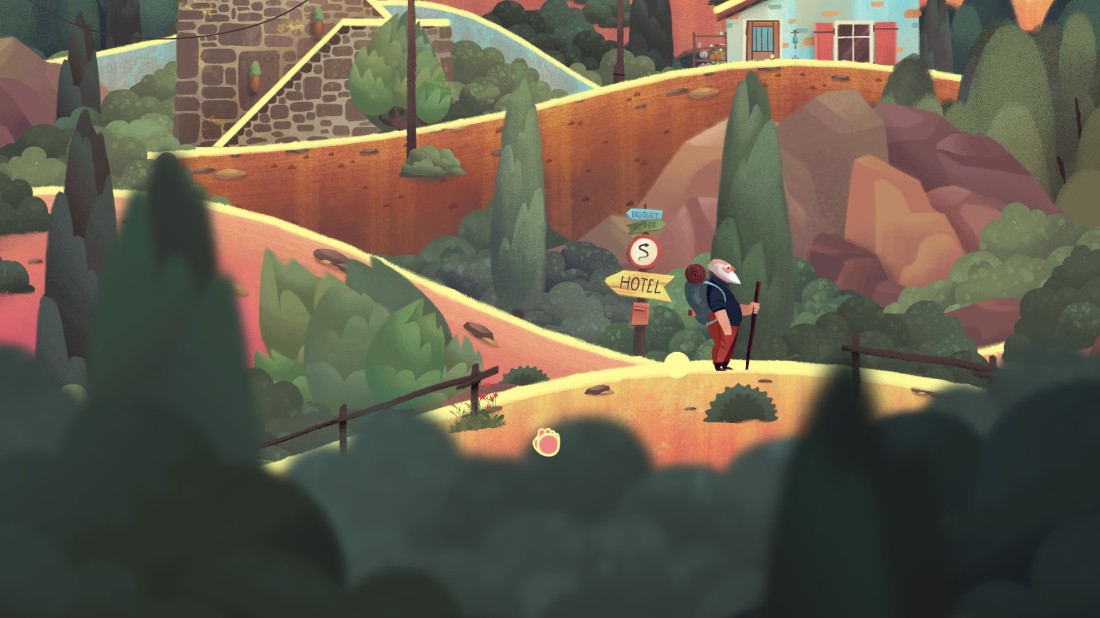 Dragging a hill down to meet the surface the old man is standing on.

At first, the levels are simple, where the only goal is to create a line of movement from the left to right side of the screen.  As time goes on, obstacles are placed in your way, like waterfalls that cause the old man to fall, or hills with a limited range of movement that refuse to connect in the way the player may find most logical.  There are a large variety of mechanics, which keeps the game from ever getting tedious.

While both the gameplay and story help keep the player invested, this game is short, with the run time clocking in at two to three hours, depending on the player’s skill with puzzle solving.  The short length is appreciated here, because it allows the game’s mechanics to evolve without overstaying their welcome.  That said, the game’s short length also means the puzzles never grow to the point where there is any real difficulty involved in getting from point A to point B.  A puzzle at the end that combined all of the mechanics learned to this point like a final exam would have been a welcome addition to this game.

Graphics/Sound:  The graphics here are beautiful, with every backdrop looking like a watercolor painting.  In particular, since perspective is such an important part of this game, the vibrant colors do a great job of differentiating between foreground and background.  Every area of the game has a different look and feel, from rolling green hills to bustling villages, and the color palate swaps appropriately in each place. 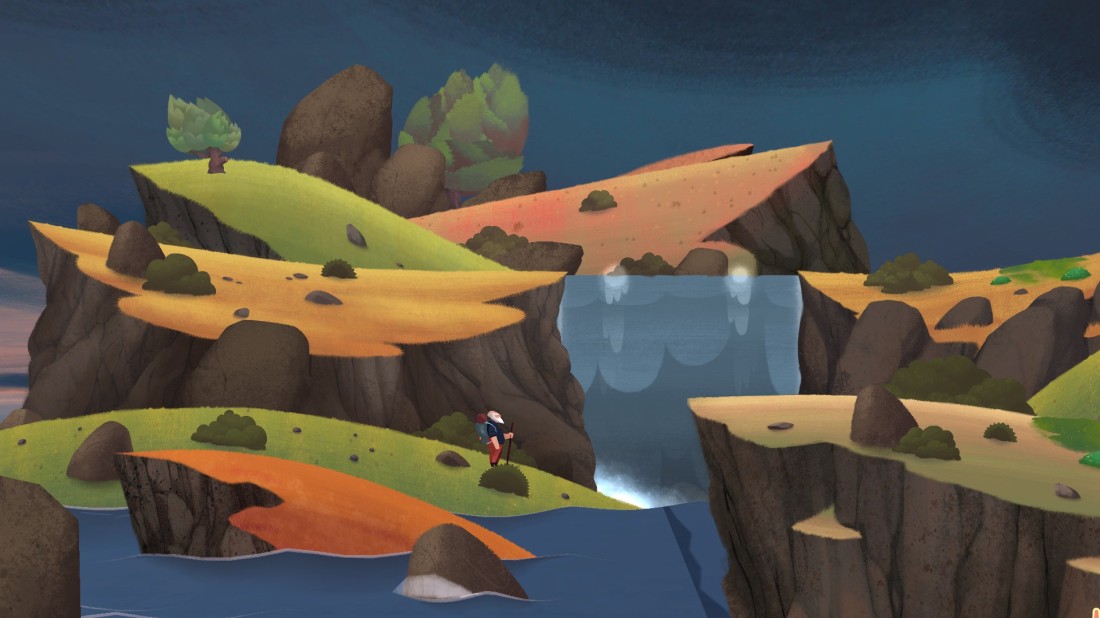 The different hills are colored appropriately

The sound is similarly lovely.  There’s a variety of music in the background, and all of it is themed appropriately to the area the game is currently in.  Much of the music sounds reminiscent of old folk tunes, with plucky guitars, roaring brass sections and music box chimes making up a large part of the orchestration.  The music does sometimes grate on the nerves and overstay its welcome, but it is still an overall pleasant score that adds to the overall atmosphere of the game.

Final Thoughts:  Old Man’s Journey is a beautiful puzzle adventure game that is sure to delight fans of the genre.  The game’s short length is its biggest downfall, as another hour of content would both increase puzzle difficulty, as well as add a little extra characterization.  With that said, however, a game leaving the player wanting more is still a hallmark of a fantastic experience that will not soon be forgotten.